The great Travel destination located between the two giants China and India, the Himalayan country of Nepal is renowned worldwide mostly because of Mount Everest, the world’s highest mountain and the birthplace of Lord Gautam Buddha.

However, these aren’t the only reason for anyone to travel to this mysterious land. Instead, there is much more than that makes Nepal a great travel destination.

One’s lifetime isn’t enough to explore all the major attractions available in Nepal; however, you can choose destinations favorable to your preference.

Thus, the Vertex Holiday  list for “What makes Nepal a great Travel destination?” is a small effort to give you an answer to the questions “Why should I visit Nepal?” or “What are the major attractions for tourists in Nepal?”

The primary attractions for the Himalayan country are indeed the towering snowcapped mountain peaks, including Mt.Everest: located in the Mahalangur mountain range in the Sagarmatha National Park of Solukhumbu district, the central-eastern region of Nepal.

According to Wikipedia, the number of mountain peaks higher than 6000 meters above sea level in Nepal is over 1300, out of which many are open for mountaineering expeditions.

Furthermore, Nepal should be the world’s best destination for mountaineering and peak climbing. However, it isn’t as it should be. The main reasons might be lack of exposure, lack of proper infrastructure, political instability, and lack of enthusiasm among the youth of the country.

However, after the successful ascent of 14 summits, including the world’s highest mountain Everest, by Nirmal Puja (Nims Dai), the love for the sport has spread like wildfire as more people are showing their interest in climbing.

Trekking/Hiking is a major attraction of this Himalayan country, as most tourists and travelers visit Nepal solely for the purpose of exploring the mountainous topography along with the grand mountain vistas.

Not everybody has the time and resources to climb the high mountain peaks, however, they can witness the majestic mountain ranges from a close distance. Besides, this activity allows travelers to explore other aspects like lifestyle, culture, biodiversity, and other interesting features of remote destinations in Nepal.

Besides, the current trend for sustainable tourism has motivated the local people of the mountains to organize community-based homestays, adding more destinations in the form of ecotourism.

Whether it is a trekking/hiking trip to the base camp of the world’s highest mountain peaks, circuit-styled trails, short hiking, or off-beaten path trails: Nepal has a wide range of destinations to choose from.

Basically, the Trans Himalayan region serves as a paradise for trekkers/hikers, offering them with once in a lifetime’s worth of holiday experience. The alluring nature of the Himalayas will make you fall in love with this land, and you will surely want to come back again, as suggested by the official slogan of the Nepal Tourism Board „Naturally Nepal once is not enough”.

For tourists and travelers interested rather in the historical and cultural aspects, Nepal offers plenty of holiday packages where one can explore the ancient medieval art and architecture still intact amidst the modern concrete cities of Kathmandu, Lalitpur, and Bhaktapur.

These UNESCO enlisted heritage sites to showcase the engineering genius of artisans from the 6th century to 17th century AD, built during the reign of the Malla and Lichhavi kings, also known as the golden era of Nepal.

Sightseeing tours around these heritage sites must include activities in all types of holiday packages and enhances the travel experience. Tours around these sites provide deep insight into the Rich Ancient History of Nepal, ideal for travelers including students interested in the archaeological sector.

Whether for solo or family tours, UNESCO world heritage sites are a major destination for tourists in Nepal, with an option for customized itinerary whether it is a single-day or a multi-day tour.

Another great reason that makes Nepal a great travel destination would be to witness the mysterious way of life of different ethnic groups of people living in perfect harmonious conditions. In Nepal, with a population of less than 30 million, the diversity in ethnicity and linguistics is a noteworthy feature for attracting western tourists and travelers.

More than 125 ethnic groups have been identified according to the official census of 2011, whereas there are more than 100 languages including written, spoken, and mother tongues. During the reign of King Prithvi Narayan Shah, who started the unification campaign of Nepal has said that Nepal is a garden of four castes and 36 sub-castes, which is a common term when defining the cultural aspect of Nepal.

Like most other countries worldwide have different classes, the demographics of this Himalayan country are divided into different castes, based on occupation and profession. As per the Varna system from the Vedic culture, the four different castes(class) are Brahmins(Priests, Sages, and Educators), Chhetri ( Warrior and Administrative class), Vaishya( Merchants and Trader class), and Shudra (people of menial occupations).

Moreover, people love to celebrate festivals, whether it is their own or of another religious group, depicting the fact that unity in diversity is the true strength of a nation.

However, the hierarchical caste system was a big issue in the past, seen as a big social problem in the process of being abolished with the availability of education and awareness.

This diverse cultural and ethnic feature is a major attraction for tourists and travelers, including those interested in anthropology. There is a lot to explore about this feature, and you can have an insight into it once you travel to different destinations in Nepal.

When one seeks a reason that makes Nepal a great travel destination, the climate and weather are major subjects to put light on. High Himalayan peaks, including the world’s highest mountain on the northern belt, act as a barrier to precipitation coming from the Indian Ocean and the Arabian Sea, resulting in adequate rainfall during the monsoon season essential for diverse flora and fauna to flourish within.

These diverse factors drive the biodiversity of Nepal to become a unique feature, making it one essential reason for traveling to this wonderful land. Green cover is estimated to be around 40 to 45 percent of the total land area: comprising tropical, subtropical, temperate, and alpine vegetation.

Most of the forests are under the protection of some sort ranging from community-based to government-based organizations. Twelve National Parks, Ten Wetlands (Simsar), Six Conservation Areas, One wildlife Reserve, and One Hunting Reserve are major efforts to conserve and protect biodiversity.

Besides, these sites make for an amazing destination for tourists and travelers to take tours, including trekking, wildlife safari, birdwatching, canoeing, jungle walks, breeding center visit, or hunting trips.

Nepal, the land of the Himalayas, is a rich country when its natural resources are evaluated. Likewise, the diverse geographical elevation ranging from 60 meters to 8848 (world’s highest mountain, Everest) meters above sea level results in diverse climatic conditions: the hot, humid tropical climate in the southern belt, subtropical cool climate in the mid-hills, and cold temperate alpine climate in the northern Himalayan belt.

The southern plains of Terai mostly have hot weather with high humidity during the summer season and receive a significant amount of rainfall during monsoon, followed by a cold wave during winter, whereas the spring season and autumn season is more pleasant.

The mid-hills are mostly cool with the regular monsoon, followed by colder winters with chances of snowfall in the higher hills. The spring and autumn season is the ideal time for traveling to Nepal, as the pleasant weather with clear blue skies along with seasonal wildflowers, including Rhododendron in bloom. Days are mostly sunny with clear views of the mountainous landscape along with green forested hills.

Whereas the Himalayan Mountainous region is icy cold throughout the year, accompanied by enough rainfall and snowfall during the monsoon season. Even though the weather in higher elevations can be unpredictable, the skies are mostly clear with enough sunlight days. Besides, the alpine meadows are decorated with exotic Himalayan wildflowers along with highly valued medicinal herbs.

Mostly throughout the year, the weather and climate of Nepal serve as the best time to travel to Nepal, adding significant value to the natural and cultural attractions for an amazing holiday experience. Mountaineering and Peak climbing trips are suitable during the spring season (April-May), as the risks of any climatic disasters are very low.

Whereas trekking, hiking, cultural tours, city tours, wildlife tours, mountain flights, helicopter tours, paragliding, rafting, mountain biking, and other adventure activities can be undertaken during any time of the year except for the monsoon season (June-August) as most regions receive rainfall on a daily basis and the views aren’t that clear. However, if you are a person who loves rainfall and daring nature, then Nepal is always open for travel.

Nepal is called the land of Devas (Gods), and the Himalayas as the abode of Gods, as Lord Shiva is depicted meditating on at the top of a mountain peak. Whether it is Hinduism (Sanatana Dharma) or Buddhism, this pristine land is known to be a land where great sages and saints have meditated and got enlightened.

It is widely accepted in this culture that the high elevated mountains, valleys, lakes, and spots help the consciousness of living beings to rise up. Thus, the people of this culture regard each and every entity of this entire creation as a form of divine consciousness; therefore, worship of animate and inanimate objects is popular.

This culture, therefore, has always had a slogan, “Atithi Debo Bhava,” which translates to “Guests are Gods,” which in turn fascinates the tourists and travelers visiting this diverse land. No matter what caste or creed you are from, no matter how rich or poor you are: this culture endorses treating guests with warm hospitality and a friendly approach. No matter which part of the country you’re traveling to, you will always find people smiling with their eyes lit up. Whenever a guest arrives home, whether known or unknown, it is a privilege for the homeowner to offer food and shelter.

As a matter of fact, this attitude towards visitors is indeed a major reason for tourists wanting to travel to Nepal again and again. As a matter of fact, the idea of guests being divine is true for everyone as they bring value with them: whether it is economical, cultural, or educational. In today’s economic-driven world, clients are a major part of the tourism industry, and helping the country’s economy so will help to uplift the living standard of local communities. Moreover, it’s not about belittling oneself but rather understanding the fact that travel is about exchange and guests should be treated with great reverence.

Besides the reasons mentioned above, there are many other topics that make Nepal a wonderful travel destination. If you would like to be notified about our stories and articles, then please subscribe to our newsletter. If you have any specific queries about Nepal and Holiday packages in Nepal, then you can contact Vertex Holiday directly via mail: info@vertexholiday.com 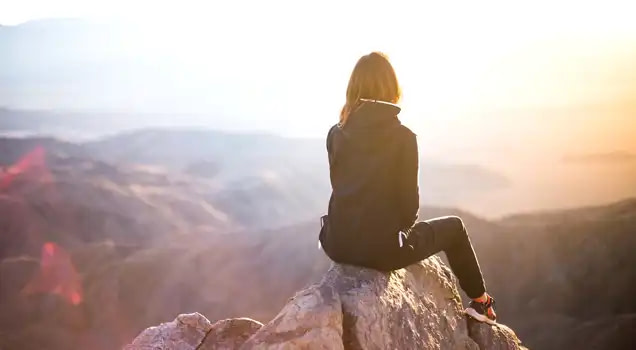 Top 10 Things To Do In Nepal

Annapurna Base Camp VS. Everest Base Camp Trek Which One To Choose?

Annapurna Base Camp Trek In March